Pribram is a relatively hilly town with the Birch Mountains at one side and the Holy Mountain at the other one. The Pribramsky Stream runs through the town, with so-called Green Backbone leading alongside. There's a busy traffic on urban roads, with several complicated sites. In the immediate vicinity of Pribram, you can find the Brdy Mountains, a favourite destination for many tourists both from Pribram, and other towns / cities. This is a short description of the initial situation in the town - a basis for the cycling development.

The Green Backbone, including the complementary infrastructure, has been developing for several years now. There's a recreational area on the Rynecek, where a cycleway leads alongside from Novy rybnik (a pond) to Horejsi Obora (a game park). Step by step, the area at Novy rybnik was renovated, and a new in-line track was built there towards the pond Fialuv rybnik. The track is used by cyclists too, who usually ride to another popular destination - the War Memorial. The cycleway as a connection between recreational area and the town center works effectively.

The main issue currently solved is cycling in urban areas. We'd like to give citizens the opportunity to ride their bikes in the most natural and safe way. We expect that this approach will reduce car use in our town, especially during morning and afternoon hours, and from the housing estate to the town center and in the opposite direction. 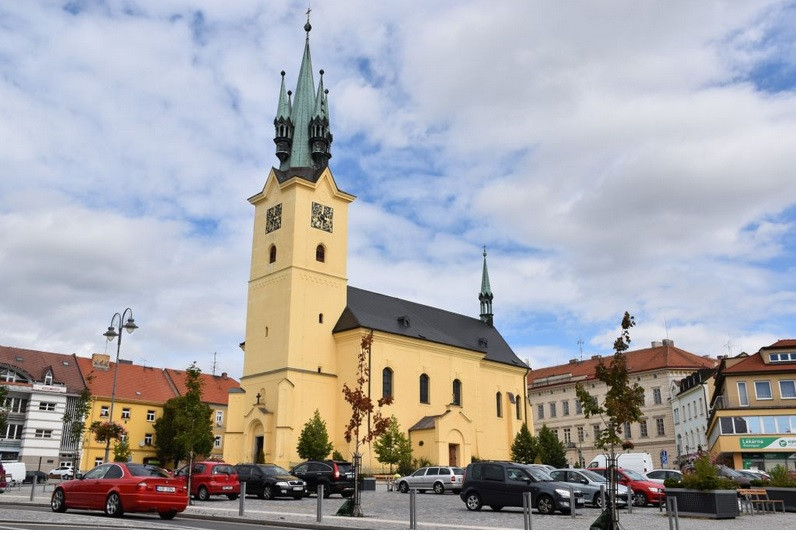 What is the solution?

Our work builds on the General Cycling Plan which makes a part of the General Transport Plan and addresses the transport issues in Pribram for the next 20 years. Currently, several measures from the plan are being implemented to improve significantly the environment for cycling.

At the beginning of this September, 270km of new cycleways was marked in Brdy area. In these days, starting points are being built in Kozicin and Orlov, where people can park their cars, and use all necessary furniture.

The city also plans to provide any kind of space to park bicycles in every school and public building, so that every cyclist has a chance to park their bicycle in a safe and secure way throughout the day. These bike sheds will be lockable and roofed.

As the local authority expects, there will be about a thousand new bike and scooter stands in the inner-city next year. The production of stands will be subject to a tender, where we require unified design and technical parameters that prevent a risk of damage.

Moreover, the town of Pribram has elaborated a study for the second backbone cycle route. The first one, mentioned above, leads along the Pribramsky Stream. The second one will make a connection between the most populated neighbourhoods and the town center. There are an estimated up to 8,000 journeys a day on this route. We expect the new cycle route will help replace a significant share of car journeys with bike rides.

A questionnaire survey among the official staff and state-funded institutions employees has revealed that many people would prefer other ways of traveling than cars when they travel in the performance of work duties. The first stage includes purchase of e-bikes and e-scooters, and according to people's interest their number will be increased. The staff will get safety reflective vests in the colors of our town and will not only travel ecologically, but also promote healthy lifestyle to citizens. We are also considering a bike sharing system for general public use.

All the cycling development measures are always consulted with our Cycling Group of experts and representatives of interested public. All documents and data are available on a shared disc. Of course, the public is regularly informed about every planned step.