The State Fund for Transport Infrastructure (SFTI) was established to finance construction, modification, repairment and maintenance works on roads and highways, national and regional railways, as well as important inland waterways. All above-mentioned was within the scope of Act No. 104/200 Coll., on the State Fund for Transport Infrastructure, by which it was established.

The State Fund for Transport Infrastructure provides funding for not only large transport infrastructure actions, but also for cycleways which are beneficial for the whole Czech population.

The financial contribution goes exclusively to:

Receivers of the contribution:

A maximum contribution from the SFTI budget can amount up to 85%.

SFTI funds cannot be combined with any of EU funds or programmes.

There's a constant interest of local governments to get a grant for the development of cycling infrastructure in the CR, which proves the need to financially support this actions in the Czech towns and cities.

In the period of 2001-2018, SFTI provided financial support for the development of cycling infrastructure in the amount of: 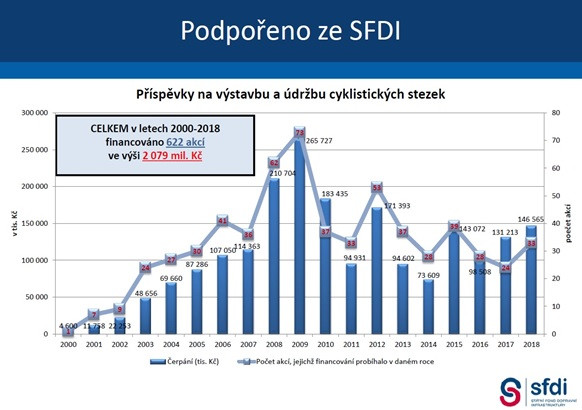 Figure 1: Financial contributions from SFTI for the construction and maintenance of cycleways. Source: SFTI

The demand for above-mentioned actions was growing significantly in 2018 and 2019, and despite an additional increase in the budget not every applicant was satisfied.

This is proved by the statistics from 2019, when the financial contribution was provided for 29 actions in the limit amount of CZK 351.2 mill., while the original limit was CZK 200 millions. Despite the significant increase, not all applications that had met the formalities could be supported. This confirms the huge interest of applicants (there were in total 74 applications in 2019), as well as the high quality of submitted applications. Many of other useful and well-prepared projects (in the total amount of approximately CZK 220 millions) could not be financially supported due to insufficient resources.

In 2020, SFTI has received 75 applications for the development of cycleways, with a record amount of CZK 833 millions. Some applications that had met both formal and substantive requirements were also excluded.

The SFTI Committee has therefore decided that the allocation of funds for 2021 (which was approved in the same volume as for 2020, i.e. CZK 200 millions) will be used to cover some of the chosen projects, which means those projects will not be able to draw the funds until 2021.

The limited financial resources are another reason why it is necessary to search for and promote other effective and low-cost actions to enable the development of safe infrastructure for non-motorized mobility. These are namely: