Changes in legislation are required as one the most important condition to support cycling. If done well, they will provide a framework for development of the effective and safe cycling infrastructure. Most recently the following measures were adopted by law:

Unfortunately, responsible authorities do not work within this legislative framework, either because of the lack of awareness, or – which the most common reason – or because they do not understand and appreciate the role of cycling in urban mobility. Professional consultations and seminars should therefore increase knowledge of the new Specifications 179 "Designing roads for cyclists" among all involved. 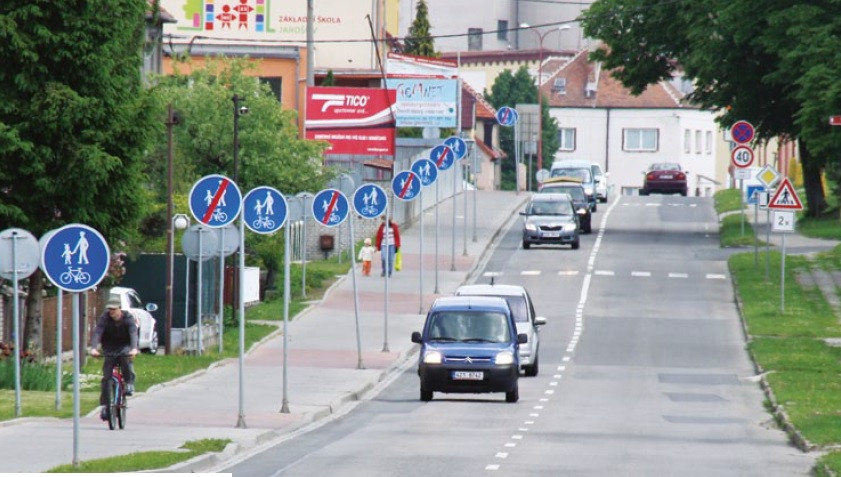 The new Specifications 179 have been adopted with the effect from 1st June 2017 (Czech version for download here).

The Czech Association of Cities for Cyclists aims to promote all of the above mentioned innovations and disseminate both the full and the short version of Specifications 179, especially on the seminars held in cooperation with the Czech Transport Ministry.

This technical document for use by professionals (planners/designers) is a result of many-years of effort to  develop cycling in the Czech Republic and can help create better conditions for bike use. TS 179 are based on the state-of-the-art cycling infrastructure principles, e.g. German ERA 2010 [10,43 MB], and other European best practices.