We help to change a cycling culture a to build safety cycling network. 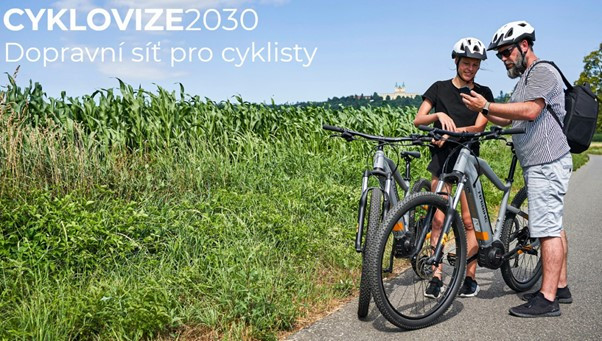 We monitor the intentions of municipalities, cities, and regions for the construction of bicycle paths.

In cooperation with regions and cities, a map of the transport network for cyclists is being created (http://stavbycyklo.cz/

Not only the Czechia, but also the whole of Europe is experiencing a cycling boom. Measures during the lockdown caused people in cities and beyond to start using bicycles to a greater extent. The Czechs switched not only to bicycles, but also to cars, so the issue of road safety is on the agenda. The boom in cycling thus recalled some shortcomings in the infrastructure that need to be remedied in the future.

Cyclo-coordinators appointed by individual regions or cities met in the Pilsen Region. On October 11-13, 2021, they discussed at a working meeting how to define a common network of the most important routes and what parameters it should meet.

"In the basic transport directions, the regions should take the initiative and support the municipalities in their efforts to build safe roads for pedestrians and cyclists. A continuous transport network at the national level should be created on the initiative of the Association of Regions. We also agreed on this with the Ministry of Transport," says Pavel Čížek, Councilor of the Pilsen Region for Transport.

The working group of regional coordinators, ministries and the Partnership for Urban Mobility joined forces under the heading CYCLING 2030. Its goal is to build a comprehensive and safe network of cycle tracks and long-distance cycle routes across the country, which will accelerate the development of bicycle transport and support cycling in individual regions. The first step is to gather relevant information and create a unique map based on it.

There are 40,000 kilometers of marked cycle routes in the Czech Republic. Only 12% of them are in protected road mode. The transport network is discontinuous and during the journey its users are exposed to dangerous situations, when the bike path leads them to a busy road or even better, the trail suddenly ends without continuation. CYCLOVIZE 2030 is to contribute to making similar images appear in the Czech Republic as little as possible.

The work follows up on the government's Concept of Urban and Active Mobility for the period 2021–2030, which was adopted in January 2021. Not only cyclists but also drivers will benefit from it. More cycle tracks means less stress on congested roads, which are no longer large enough in many places today.

There is no need to build new cycle tracks everywhere. Sometimes an agreement with a watercourse or forest manager, for example, is enough to allow cyclists to pass. Regions, cities, micro-regions register a number of conflict points, which either prevent or complicate the effort to manage cycling routes and build cycling infrastructure on land owned or managed by organizations such as the Elbe River Basin, Ohře River Basin, Vltava River Basin, Moravia River Basin, Odra River Basin, Office for representing the state in property matters, Forests of the Czech Republic, other forest administrators, etc. This is mainly due to concerns about responsibility for the safety of cyclists.

The participants in the working group also agreed that the placement of the "no entry for motor vehicles" sign (B11), which is not yet recognized by the rules to support the construction of cycle tracks, would help in many places.

A unified map will help to record, which should determine the basic network of long-distance cycling routes. The main goal is to stabilize it in the field, and to determine the transfer points between individual regions. Another task will be to divide individual long-distance cycle routes into sections according to their current and target state and to create financial instruments for its implementation. The map is currently being updated by the regions, and the outputs will be presented by the end of 2021.

The first success - a strong team

Fulfilling the tasks that CYCLING 2030 was tasked with would not be possible without a coordinated approach of capable and passionate professionals. And such a team was formed. It is a working group composed of representatives of individual regions (each region has one cycle coordinator in it) under the auspices of the Association of Regions and the Partnership for Urban Mobility. The group is currently in the lead - although, of course, it did not avoid some initial difficulties... After all, she made her first online contacts only in May, and met for the first time on 24-25 June and the second personal meeting, planned for the Pilsen Region, took place on 11-13 October.

Map of the transport network for cyclists

The efforts of the CYCLOVIZE 2030 working group are aimed at creating a unique map of the transport network for cyclists, which distinguishes individual sections according to their current and target state. The data for this map, including the estimated financial costs for the construction of cycle tracks, are provided by individual regions. Specifically, the working group so far:

On the homepage of the website ("Introduction"), scroll down until you come to the Region Selection folder. Each region has its own folder, where there is two other pieces of information:

In addition to the choice of individual regions, you also have the option of viewing the entire country.

If you jump from the "Introduction" page to the "Statistics" page, you will get summary data about the planned cycle tracks. However, these numbers will still be updated by entering data on these cycle tracks directly in the GIS.

CYCLING 2030 will first offer all regions the unification of the description of attributes for specific planned cycle projects on backbone routes. This is one of the main topics that the working group will discuss at the meeting, which will take place on 11 - 13 October in the Pilsen region. An already tuned table of attributes for the description of individual sections is prepared.

And secondly, it is necessary to revive the "Finance" website, where CYCLOVIZE 2030 plans, together with the Ministry of Transport and the Ministry of Regional Development, to publish financial possibilities to support the construction of a network of new cycle routes. So far, there are links to articles that deal with the issue.

Compliance with the government concept

CYCLOVIZE 2030 activities are carried out in accordance with the new government's Concept of Urban and Active Mobility for the period 2021–2030. There is an issue addressed in these chapters:

In connection with point 2.3.5. CYCLOVIZE 2030 working group welcomed the fact that Ing. Jaroslav Martinek from the Partnership for Urban Mobility will stay the national cycling coordinator. His agenda and competencies will still be fine-tuned together with the Ministry of Transport, but the scope of work is clear from the above activities. 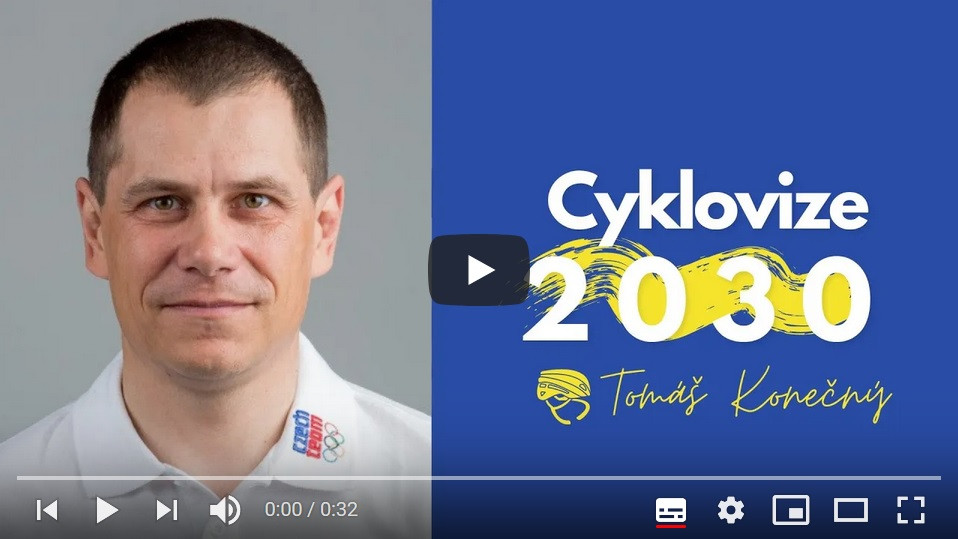