While there is only one Czech Republic, there are thousand of towns and cities in the country, and the quality of implementation of cycling networks varies considerably. Athough it is a fact that many towns have their own studies on the development of cycling elaborated, some of them just "lie in a drawer", some of them are gradually being delivered at a snail's pace, or at random. Having the document is not what matters – satisfied locals who can see the change and can ride their bikes on safety cycleways, that is what matters.

The microregion of Unicovsko is one of the few localities in the CR which meets the above condition. Unicovsko is what we call the Czech Netherlands – almost everyone rides a bike here. However, unlike the Netherlands, there were almost no cycleways in 2000 in the area. Thus the microregion has set a "simple" goal of providing a dense cycling network. And the goal has almost been accomplished now, in 2021, just few kilometers are missing, thanks to their ability to use regional, national and European grants.

The Unicovsko Microregion, status to quo

December 31, 2020: 9,390m of mixed-use cycle and pedestrian tracks, 12,570m of cycle tracks. See the attached presentation for the description of how the network was implemented, year by year, no matter who was the election winner. 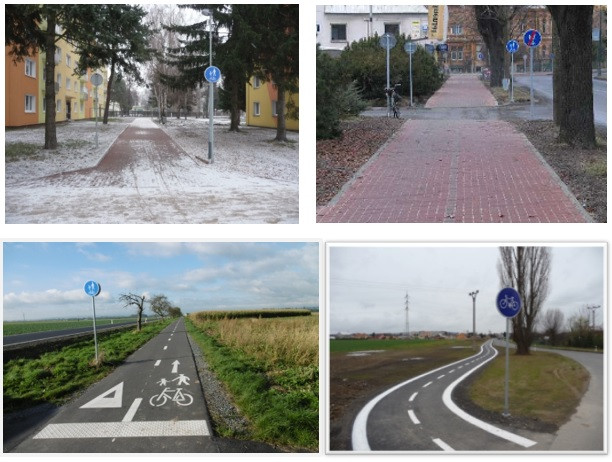